Share All sharing options for: Press release: StopRepairBills.com partners with Braun Racing and Brian Scott in 2010 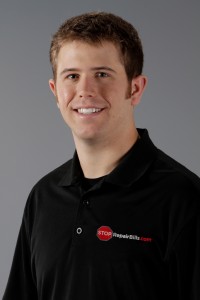 MOORESVILLE, N.C. (February 8, 2010) – Braun Racing is pleased to announce that StopRepairBills.com will adorn the hood of its No. 11 Toyota Camry for two NASCAR Nationwide Series races, including those at Daytona International Speedway and Las Vegas Motor Speedway. 2010 NASCAR Nationwide Series Rookie of the Year contender Brian Scott will drive the StopRepairBills.com Toyota Camry.

StopRepairBills.com is the most reliable provider of vehicle service contracts in the country. Based in Missouri, StopRepairBills.com has sold over 200,000 custom designed extended coverage plans to consumers for over five years. An industry leading portfolio and absolute commitment to customer service has been their catalyst for growth.

Scott comes fresh off a 2009 Camping World Truck Series campaign that netted him one win, seven top-5’s and 13 top-10 finishes. The Boise, Idaho-native earned an average starting position of 11th and finishing position of 12th, putting him seventh in season-long championship point standings. After three years of cutting his teeth in the Camping World Truck Series, Scott comes to Braun Racing with seven Nationwide Series starts, maintaining his eligibility to compete for the 2010 Nationwide Series Raybestos Rookie of the Year award.

StopRepairBills.com is very pleased to be have the opportunity to join forces with an organization as fine as Braun Racing.