Share All sharing options for: Top 10 countdown: No. 10, Steve Wallace 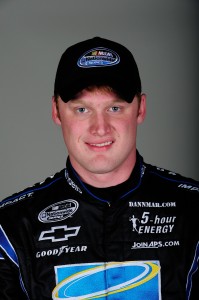 NNSracing.com counts down the 10 days before the start of the 2010 NASCAR Nationwide Series season with our predicted finish of the top 10 drivers. Today, we profile No. 10 Steve Wallace.

Quick bio: The youngest son of team owner Rusty Wallace, Steve Wallace has displayed the ability to go fast in his three seasons in the Nationwide Series. He has two poles, three top-five and 16 top-10 finishes in 122 races, but he also has 18 DNFs.

Why he’ll finish 10th: Wallace finished seventh in the Nationwide standings a year ago, but the field is much deeper than in 2009. He’ll need to display consistency in order to move up the standings.

Why he might finish higher: Wallace continues to mature, and if his maturity level matches what could be an increase in performance from the switch to Toyota, he could finish much higher.

Why he might finish lower: There still were some ugly moments last year, and Wallace seems to go through crew chiefs like race cars go through tires.