Share All sharing options for: Top 10 countdown: No. 4, Jason Leffler 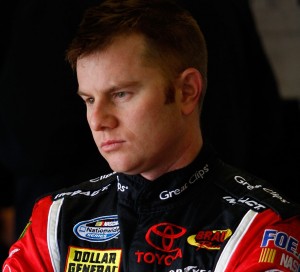 Quick bio: Leffler has become one of the top veterans in the series, but he’s still only 34 years old. In the last three seasons in the Nationwide Series, he’s finished third, ninth and fourth. Driving for the top independent Nationwide team, Leffler has one victory, 18 top-five and 44 top-10 finishes over the last three years.

Why he’ll finish fourth: Consistency has been one of Leffler’s hallmarks, as witnessed by his 20 top-10s last year. He’ll have another solid season in 2010, and there’s no reason to think he’ll be in the mix to win the title.

Why he might finish higher: Braun has expanded to four teams, and if the teams blend together quickly, Leffler could be the main guy to reap the rewards. With Zipadelli, he has one of the top crew chiefs in the series, and their combination could lead to a multi-victory season.

Why he might finish lower: The expansion to four teams could put a drain on the resources Braun has, which could slow all the teams down. Plus, Leffler hasn’t won in two years. Does he remember how?