Share All sharing options for: Top 10 countdown: No. 8, Paul Menard 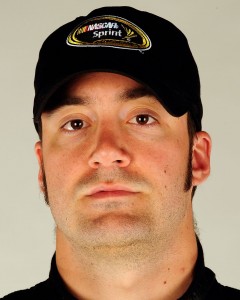 NNSracing.com counts down the 10 days before the start of the 2010 NASCAR Nationwide Series season with our predicted finish of the top 10 drivers. Today, we profile No.8 Paul Menard

Quick bio: Menard was a force in what was known as the Busch Series in 2005-06, winning his first NASCAR race in ’06 and finishing sixth in the standings both years. He’s spent the last three years in Sprint Cup but has struggled. He moves back full time to the Nationwide Series, backed by Roush Fenway Racing.

Why he’ll finish eighth: Menard should be a threat to win several races in 2010, as Roush Fenway is one of the top teams in the series. Is the team ready for full-time completion after racing part time the last couple of seasons?

Why he might finish higher: Two words: Roush, Fenway. He’s one of four full-time Roush Fenway drivers this year, and if the team clicks right off the bat, Menard could contend for the championship.

Why he might finish lower: If Menard’s Sprint Cup duties keep him too busy, he could end up skipping a race or two.