Share All sharing options for: Top 10 countdown: No. 9, Brian Scott 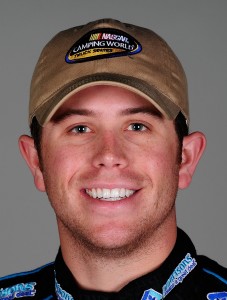 NNSracing.com counts down the 10 days before the start of the 2010 NASCAR Nationwide Series season with our predicted finish of the top 10 drivers. Today, we profile No. 9 Brian Scott

Quick bio: The 22-year-old was a standout golfer in high school in Idaho, but he preferred driving a race car for his career. He’s come along quickly, running full time in the Camping World Truck Series the past two seasons. He won a truck race last year and finished seventh in series points standings. Now, he gets a full-time ride with one of the top independent Nationwide Series teams.

Why he’ll finish ninth: Scott is loaded with talent, and in time he’ll likely win a lot of Nationwide races. But look for a typical rookie year from him, filled with highs and lows.

Why he might finish higher: Braun has shown improvement through the years, and if the team takes another step in 2010, Scott could see victory lane – and a top spot in the standings.

Why he might finish lower: Rookies sometimes fade toward the end of the season, and if Scott starts slow and finishes slower, he could fall out of the top 10.