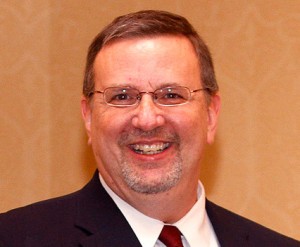 Roush Fenway Racing can characterize it any way it wants, but Colin Braun got shafted.

Braun has been removed from the team's No. 16 Ford in the Nationwide Series for the next two races. Roush Fenway said in a press release that the team needed to "promote Matt and this team’s availability for Nationwide Series sponsorship." Uh, huh.

That's really a nice way of saying, "Colin, you better get your act together." Braun has struggled this year, his first full-time season in the Nationwide Series. His best finish has been a 13th, and that was last weekend at Texas.

He's shown speed, with an average qualifying position of 12th. But his average finishing position is 27.7 heading into this weekend's race at Talladega. Some of his poor finishes have been because of wrecks not of his own doing. That's part of learning to drive these stock cars.

But now he's taken out of the car. How's that for a boost of confidence? It just doesn't seem fair, but it's indicative of some of the big problems with the Nationwide Series.

Is the series a good place to develop drivers? I think it is, and team co-owner Jack Roush thought so, too. That's why he put Braun and teammate Ricky Stenhouse Jr. in full-time rides for 2010. To me, it was a bold, positive step, one other owners could learn from. Roush was investing in the future, he said, even as neither driver had full sponsorship this year.

So much for that. How can Braun develop when he's watching from the infield? It is Roush's money, true, and he can do what he wants with his team.

Therein lies another problem. Money. It simply costs way too much to run the Nationwide Series these days. You can't really blame Roush for wanting to save some money by putting Kenseth in the car. Kenseth, theoretically, won't wreck the car and could help generate sponsorship.

Really? Is having a Cup driver the magic bullet when it comes to finding sponsors? I beg to differ, and there are myriad reasons why:

Several owners in the series have told me in the past that sponsors need to be re-educated, if you will. Sponsors believe they have to have a Cup driver, and since it's a buyers' market, who's going to argue with them?

Well, somebody needs to. The folks at Roush Fenway would be good people to start.