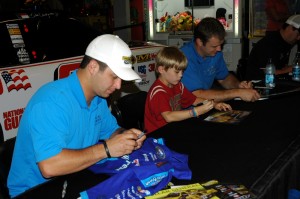 An autograph session and silent auction at the NASCAR Speedpark in Concord, N.C. raised more than $3,500 for the PARC Foundation and The Shriner’s Hospitals for Children.