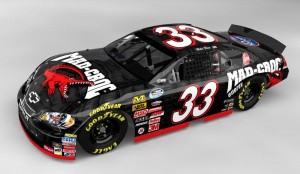 "This is our Company's first significant racing sponsorship in the U.S. and we are very excited to partner with the Kevin Harvick Inc. team," said Robert Tamcsin, CEO for Mad Croc Brands Inc. "Not only will this deal generate great exposure for our growing brand here in the US, but it will also expand the distribution of our energy products into the nation's largest grocery retailer."

Currently third in the owners points standings, the No. 33 Nationwide Series team is having another great season in 2010 having recorded thus far three victories, four poles, 16 top-five and 23 top-10 finishes. In 2009, the team earned two wins, including team co-owner Kevin Harvick's first win in a KHI-owned car, 17 top-five and 25 top-10 finishes and a company best fourth in the Nationwide Series owners points standings.